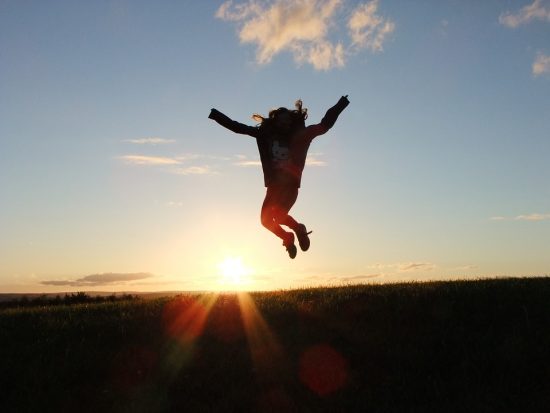 Well, we didn’t think it was possible, but this week we’ve been even busier than the week before! The great majority of the words we’ve translated have come from our projects with the Research Institute for Waldorf Education (RIWE), which we’ll tell you about in a minute, but that certainly wasn’t all…

Our collaboration with RIWE goes back a long way, and we’d been working for a long time on the translations that we delivered this week. A grand total of 154,500 words were translated from English into Spanish by our wonderful volunteers, who were also kindly offered a reward for their services. We were helped out on these projects by: Carmen Antsuategi (55,477 words); Maialen Iriso (59,827 words); Estefanía Sánchez Rodríguez (18,279 words); and Rocío Sánchez Lajarín (20,867 words). We’d like to say a big thank-you to everyone involved!

As we continue to translate online content for the Internationale Giuseppe Verdi Stiftung, this week we managed to deliver our second batch of translations from German into English and Italian. We translated 5045 words in total, thanks to help from Amy Hillam, Katie Roskams, Thomas McGuinn, Alessio Di Rubbo and Debora Bassi. We look forward to seeing our glorious translations up there soon!

Another one of our collaborations that continues to go from strength to strength is with the European Childhood Obesity Group. This week, we translated two more interesting and important articles from English into Spanish and Portuguese. The first of these articles (6414 words) was translated into these languages by Maria Isabel González Henríquez and Paulo Paz, respectively. Their translations were then proofread by Juanjo Serrano Notivoli and José Antonio Govatski. Our second team of translators and proofreaders for the translation of 6277 words was made up of Sara Fernández Giráldez and Amanda Araujo de Alvarenga; and Daniela Montes de Oca and Roberta Gregório.

As some of our collaborations continue to thrive, others are just beginning to blossom. Such was the case this week with our new friends at IDAY-International, Chryzalid and Collectif l’Humain Visible, all of whom received their first ever French-English translations from us.

The translation of 13,416 words for Iday was done by Chris Tamblin, Hannah Slater and Joanna Bilcliffe. On our first project with Chryzalid (1137 words), we received help from Dylan Sahabdool, whose fine translation was proofread by Thomas McGuinn. Our first collaboration with Collectif l’Humain Visible involved the translation and subtitling of a taboo-busting YouTube video on mental illness. This was translated very competently by Charlotte Valks, Emily Little and Johanne Bresch.

French-English seems to be the latest translation fashion at the moment – give Kim and Kanye a few weeks and they’ll be doing it as well. Our latest collaboration with Solthis also followed this trend, as Michelle Houghton helped us translate 2477 words.

After a fairly large gap between our collaborations, Fairstep recently got in touch with us to request the translation and subtitling of a small German YouTube video into English, Spanish, French and Italian. We made a quick turnaround on this translation, as we were helped out by the following volunteers: Thomas McGuinn; Rebeca Fuentes Martinez; Myriam Gaston; and Monica Zanetti.

The Fairstep translation provided our French-English translators with a little respite, before their stamina was yet again tested by the International Forum of National NGO Platforms, who required the translation of 4347 words. Kelsea Riddick was kind enough to offer her translation skills, and Javier Cerro Sandoval translated the same text into Spanish. His translation was then proofread by Amparo María Domínguez Garrido.

As tends to happen with all fashions, they quickly turn out to be a short-lived fad. This proved to be the case with English, as Sentinelles exchanged one Germanic language for another… A short text of 379 words was translated from French into German by Anja Jetter and Simone Gruhl proofread a German text which had already been translated (1667 words).

Our translation of short articles for Associazione pro Terra Sancta continued this week, as 320 words were translated from Italian into German by Laura Müller, and into French by Anaïs Contet.

An equally rapid translation was provided this week by Claudia Wakefield and Johanne Bresch. The two of them combined to translate 3238 words’ worth of online content for the French NGO, Place to B.

And finally, we’ve recently re-picked up our English-Spanish collaboration with the National Down Syndrome Congress. This week, a series of articles were translated by Melisa Laura Díaz and Sara Holgado Díaz. Their translations were then thoroughly proofread by Javier Cerro Sandoval.

As always, everyone at PerMondo would like to offer their gratitude to our wonderful team of volunteers, without whom we simply would not be able to offer our fantastic service.

Have a great weekend!