You are here: Home / Haven’t you heard the big news? 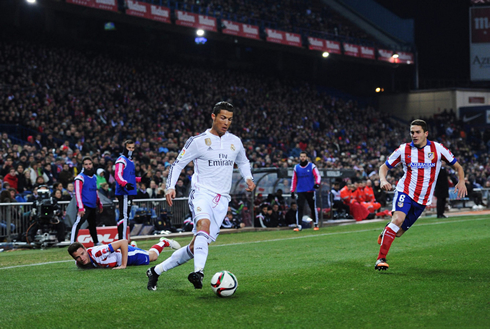 There is surely no other way to start this week’s blog than by addressing the major news of the past couple of weeks- after months of debate and speculation, the big contest finally arrived. And against all the odds, the bold, well-organised, and more likeable challenger was overcome by a wealthy, spoilt, and well-groomed opponent. Of course, I’m talking about Cristiano Ronaldo’s dismantling of Atlético Madrid in the Madrid derby last weekend. Trump? Who’s he? Anyway, we’ve managed to put all of that drama behind us at PerMondo as we conclude what has been another highly active week.

Firstly, let’s start with some news of our own. For those of you who didn’t read our last blog, we have recently completed a large proofreading project for the medical organisation the Marijke Foundation. We are proud to announce that their new book, proofread and reviewed by PerMondo, has now been published, and we are now looking forward to furthering our collaboration with the Foundation by translating the book into French, German, Spanish and Italian. For those of you who are interested in reading this new release or finding out more about what the organisation offers, we would encourage you to get in contact with the organisation on their website.

Now let’s continue by welcoming our new NGO of the week: Gemini Way. This organisation serves as a platform for connecting residents of twin towns across Europe and facilitating travel between countries. Gemini Way promotes a solidarity tourism, based on sharing, reciprocity and proximity. It sounds a fascinating initiative. In PerMondo´s debut project for this NGO, we’d like to thank Elisabetta Giamporcaro, Beatriz Bustos, Carlos Roberto de Carvalho Júnior, and Miriam Schulten, who have translated some key terms and phrases for the organisation’s website into Italian, Spanish, Portuguese and German respectively.

As always, we hope for many successful collaborations in the future with Gemini Way.

Moving swiftly on, we have a large number of other projects which have been completed. Firstly, we are proud to have been able to re-enter collaboration with ASDE Scouts de España, whose mission is to educate people of all ages, teaching them how to make the world a better place. We are grateful to translators Alba Espinosa and Nerea Aguilera García, and proofreader Alejandro Alba Arias who worked on the translation into Spanish of a brochure on how to make the most of volunteering experiences.

Secondly, PerMondo has continued its work for the International Forum of NGO Platforms (IFP), which seeks to improve the participation of NGOs in the international public debate and increase their influence on international negotiations. María Aldama Lorite and Daniel Pinilla worked on the translation into Spanish of a framework for one of the Forum´s projects.

Our next organisation, CIAI, fights to defend children´s fundamental rights and to promote a world in which they can grow and develop their potential. We would like to thank Pauline Richer and Sophie Bentot, who were in charge of translating into French a document which goes into detail on the matter of child protection.

Our final completed project involves the National Down Syndrome Congress (NDSC), which promotes the interests of people with Down syndrome and their families through advocacy, public awareness, and information. Tamara Cortés Gil took charge of translating several articles for the NGO’s website into Spanish, with David Naranjo Ramírez the proofreader.

We have also accepted several projects which are currently underway.

Firstly, we have accepted a staggering seven projects from the NGO MMTC, translating a series of documents from English and French into Spanish and German. We will keep you up to date with the progress of those projects, watch this space!

Secondly, we have undertaken another monthly project for ECOG, with Portuguese translators Mariana Figueiredo and Paulo Paz, and Spanish translators Jacqueline Casas, Isabel Fructuoso Fernández and Jorge Sánchez Cuadrado translating into their mother tongues a pair of documents related to child obesity.

It’s been great to involve so many volunteers. Many thanks to all those who have taken part in the past set of projects, we are highly appreciative of your excellent contributions and we would love the chance to work with you again in the near future. Finally, thank you to the NGO’s for giving us the chance to work alongside you and help you in your various engagements. Let´s hope for more drama in El Clásico this weekend, although admittedly a month free from drama on the other side of the Atlantic would be nice!

Have a nice weekend!