You are here: Home / Language / PerMondo’s Voluntary Interpreter for ICYCW in Seoul 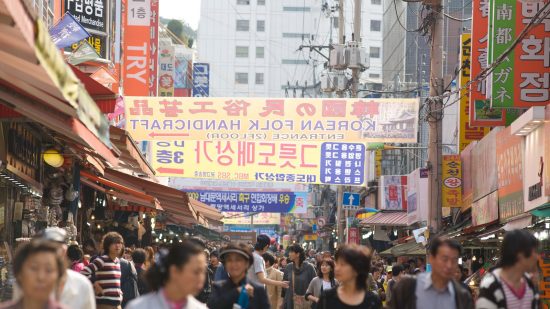 This year, whilst I was completing an internship in Mondo Agit’s Madrid offices, I came across an unexpected opportunity- but before I get ahead of myself, let me explain a bit more about it .

During the internship, as part of my responsibilities, I was in charge of delegating assignments for PerMondo, Mondo Agit’s sister company which offers free translations to NGOs. One day, an organisation wrote to us asking for help for an event in Korea… I didn’t hesitate in putting myself forward.

The NGO ICYCW (International Coordination for Young Christian Workers) was looking for voluntary interpreters for its 9th International Board in South Korea in August 2016.

Two months later I was sat on the plane, heading for Seoul. South Korea was not a country I ever thought I would visit in my lifetime, so this was literally a trip into the unknown. My time there was amazing! The NGOs’ interpreters and international delegations stayed in the same building to sleep, eat and attend the conferences. The atmosphere was very relaxed, and the Koreans seemed to be a very friendly people who took care of the wellbeing of each individual at the conference. For many people from the delegations, this was their first trip outside of their home country or city, and it resulted in a real culture shock. 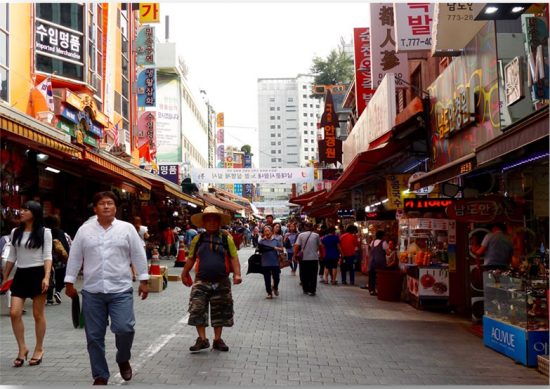 I met people from China, the Dominican Republic, South Korea, Uganda, Malawi, Paraguay, the Congo, Italy, England, Madagascar, and many other countries from around the world. Through various initiatives and legal actions, each of the delegations campaigns for young people to obtain a decent job and for the implementation of human rights in their home countries.

During the conferences, they exchanged various experiences so that they could return to their country with new ideas and solutions to some of the issues. As a young person starting out in the working world, and hence not a professional interpreter, listening to and interpreting at the conference was very interesting.

Other than in the educational setting of my university, I had only worked as an interpreter twice before in my life. Therefore going to South Korea, and then working in a professional field again for two weeks, was a real challenge.

The focal point of the conference was to secure a respectable job for everyone. We, as interpreters, had to keep to our fixed hours as well (working between 8 and 9 hours every day), even if the delegations hadn’t finished discussing all of the topics of the day. Several times, they had to proceed with the conferences without any interpreters present, and I was taken aback by the number of people who began to understand the importance of an interpreter at this kind of conference.

They became aware that an interpreter doesn’t just speak, but facilitates communication between two people, two different cultures, and allows them to discuss important issues.

Without an interpreter, the message isn’t conveyed. Most people realised that, when they spoke for 30 minutes or an hour longer than the scheduled time, they were not respecting the working rights of the interpreters.

This is where the main issue of the International Board of a Decent Job for Young People found its full meaning: participants at the conference realised that it was not enough to discuss national and international campaigns if you fail to stay true to your principles and ideas when interacting and communicating with people from your own background.

Booth interpreting in the conference room

Finally, Seoul is a city of extremes. One the one hand, you can see skyscrapers with enormous screens advertising cosmetic operations and the latest Samsung gadgets. On the other hand, there are ancient temples and royal palaces which have been very well preserved. Koreans are a modern people yet at the same time very proud of their traditions.

Respecting your elders is of primary importance. When people enter a house or restaurant, they take off their shoes. Also, (just a small anecdote) since we lived and worked in the same building and couldn’t wear trainers inside, we all wore identical slippers. So every morning we went to the conference room wearing these identical slippers as if we were about to go to bed!

The experience has been highly enriching; not only has it allowed me to improve my level of interpreting, but it has also strengthened my career plan to work as a conference interpreter.

I’ve loved working with PerMondo, providing NGOs with translations and helping young translators to gain practice on their way to becoming professional translators and interpreters.