You are here: Home / Rory Sutherland: Life lessons from an ad man 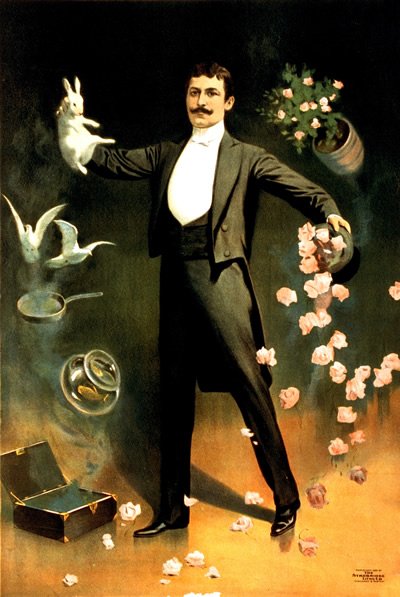 After years of working in the advertising business it’s only just come to me that what we create (intangible value or perceived value) gets a bad rap. If we want to live in a world in the future with fewer material goods there are are two choices: to live in a poorer world or to live in a world where intangible value constitutes a greater part of overall value as a substitute for using up labour or limited resources in the creation of things.

For example, instead of improving the train from London to Paris by spending six billion pounds on shortening the journey by thirty minutes, what should have been done was employ supermodels to hand out free Chateau Petrus for the duration of the journey. You would have three billion pounds change and people would ask for the trains to be slowed down.

Listen to the talk: www.ted.com/talks/rory_sutherland_life_lessons_from_an_ad_man

Also, what is wrong with placebos? We have an obsession with solving the problems of reality when actually most problems are due to perception. So many problems could be solved by just tinkering with perception. For example, The Great King of Prussia Fredrick the Great made potatoes popular as another crop so the population had a lower risk of famine, despite the general consensus being that they were revolting, by employing a clever marketing solution. He declared it as a royal vegetable, nobody but the royal family could consume it and planted a patch to be guarded badly. The peasants assumed that if something is worth guarding, it’s probably worth stealing and before long there was a massive underground potato growing operation in Germany. What he’d effectively done was he re-branded the potato.

All value is subjective, and persuasion is often better than compulsion. Interestingly, signs that flash your speed at you with a smiley or frowny face are actually more effective as emotional triggers to get you to lower your speed than a conventional speed camera. So, the bizarre thing, which is baffling to conventional, classically trained economists, is that a weird little smiley face has a better effect on changing your behaviour than the threat of a £60 fine and three penalty points. Tiny little behavioural economics detail: in Italy, penalty points go backwards. You start with 12 and they take them away. Because they found that loss aversion is a more powerful influence on people’s behaviour.

Another case of creating intangible value to replace actual or material value, which is what, after all, the environmental movement needs to be about: The wealthy Prussians, to help in the war against the French, were encouraged to give in all their jewellery. And it was replaced with replica jewellery made of cast iron. The interesting thing is that for 50 years hence, the highest status jewellery you could wear in Prussia wasn’t made of gold or diamonds. It was made of cast iron. Because actually, never mind the actual intrinsic value of having gold jewellery. This actually had symbolic value, badge value. It said that your family had made a great sacrifice in the past. 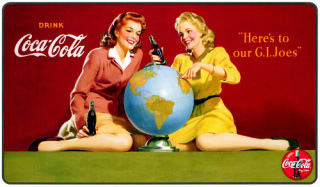 What’s also interesting, if you look at products that have a high component of what you might call messaging value, a high component of intangible value, versus their intrinsic value: They are often quite egalitarian. In terms of dress, denim is the perfect example of something which replaces material value with symbolic value. You may not like the Coca-Cola company, but it’s worth remembering Andy Warhol’s point about Coke: “What I really like about Coca-Cola is that the president of the United States can’t get a better Coke than the bum on the corner of the street.” Now, that is actually a remarkable achievement, to produce something that’s that democratic.

Now, we basically have to change our views slightly. There is a basic view that real value involves making things, involves labour. It involves engineering. It involves limited raw materials. And that what we add on top is kind of false. It’s a fake version. And there is a reason for some suspicion and uncertainly about it. It patently veers toward propaganda. However, what we do have now is a much more variegated media ecosystem in which to kind of create this kind of value, and it’s much fairer.

Now, I’ve got an example here from Canada. There was a young intern at Ogilvy Canada called Hunter Somerville, who was working in Toronto, and got a part-time job in advertising, and was given the job of advertising Shreddies. Now this is the most perfect case of creating intangible, added value, without changing the product in the slightest. So working out how you could re-launch Shreddies, he came up with re-branding them “Diamond Shreddies” and simply turning them on their side.

Now, naturally, a debate raged. There were conservative elements in Canada, unsurprisingly actually resented this intrusion. So, eventually, the manufacturers arrived at a compromise, which was the combo pack.

We need to spend more time appreciating what already exists, and less time agonizing over what else we can do.

Two quotations to end with. One of them is, “Poetry is when you make new things familiar and familiar things new.” Which isn’t a bad definition of what our job is, to help people appreciate what is unfamiliar, but also to gain a greater appreciation, and place a far higher value on those things which are already existing.

The second one is from G.K. Chesterton which is, “We are perishing for want of wonder, not for want of wonders,” which I think for anybody involved in technology, is perfectly true. When you place a value on things like health, love, sex and other things, and learn to place a material value on what you’ve previously discounted for being merely intangible, a thing not seen, you realise you’re much, much wealthier than you ever imagined.