You are here: Home / How to Lose a Pauline and Gain Another in the Space of a Week 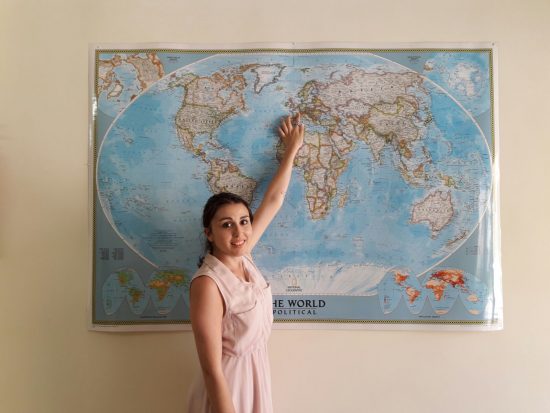 There seems to be an intricate connection at the moment between the French, the name Paul – or variations of it – and huge international signings… As Manchester United prepare to launch a world-record bid to sign Paul Pogba from Juventus, PerMondo has sadly had to say goodbye to Pauline Junca this week, and yet in our own world-record bid to follow Francophonic trends, we’ve also welcomed our latest intern, Pauline Richer.

We’d like to take this opportunity to thank Pauline (photo) for all of her hard work over the past 6 months. The self-professed “busy woman” has provided PerMondo with invaluable support, at times having to fight back tears after England brushed off her beloved France to claim an elusive Grand Slam in the RBS Six Nations.

All of us are sad to see Pauline leave, especially the organisations that were in direct contact with her and have received so many translations thanks to her help.

Although Pauline may no longer be coordinating PerMondo projects in our office, she’s certainly not done with her collaboration… In July, she’ll be flying over to South Korea to represent PerMondo as an English-Spanish-French simultaneous interpreter at a two-week conference of the International Coordination of the Young Christian Workers Movement.

We owe Pauline a massive thank-you for all of her help over the past 6 months and wish her all the best with her studies and future interpretation career!

And, because we’re so fond of Pauline’s name and humility in Six Nations defeat, we’ve decided to take on another Pauline… Her replacement, Pauline Richer, is sure to get in touch with you over the next few months, as she’ll be coordinating the projects that Pauline was responsible for. We wish her all the best in her start at PerMondo!

Have anything to say? You can leave your comments at the bottom or connect with us on social media.