You are here: Home / Business / Four principles for the open world – Don Tapscott 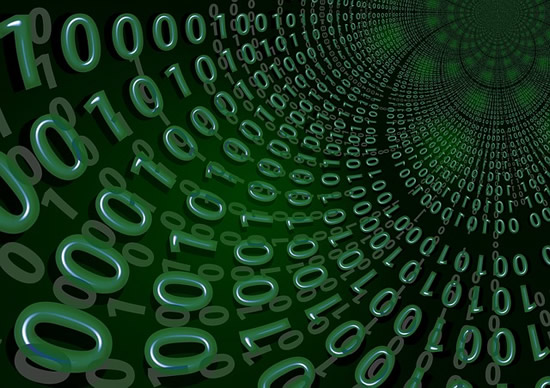 The technology revolution is opening the world.

The Internet is a big global computer that we all share.

Humanity is building a machine, and this enables us to collaborate in new ways. Collaboration can occur on an astronomical basis. Now a new generation is opening up the world as well, a new generation that is the first generation to come of age in the digital age, to be bathed in bits. I call them the Net Generation.

The global economic crisis is opening up the world as well: Our opaque institutions from the Industrial Age, everything from old models of the corporation, government, media, Wall Street, are in various stages of being stalled or frozen or in atrophy or even failing, and this is now creating a burning platform in the world. Just think about Wall Street: the core modus operandi of Wall Street almost brought down global capitalism.

Consider the idea of a burning platform, that you’re somewhere where the costs of staying where you are become greater than the costs of moving to something different, perhaps something radically different.We need to change and open up all of our institutions.

So this technology push, a demographic kick from a new generation and a demand pull from a new economic global environment is causing the world to open up. We’re at a turning point in human history, where we can finally now rebuild many of the institutions of the Industrial Age around a new set of principles.

Now, what is openness? Well, as it turns out, openness has a number of different meanings, and for each there’s a corresponding principle for the transformation of civilization. The first is collaboration. Now, this is openness in the sense of the boundaries of organizations becoming more porous and fluid and open.

My neighbor Rob McEwen is an interesting case study. He used to be a banker and now he’s a gold miner. He took over a gold mine but his geologists couldn’t tell him where the gold was. After a few years, he gets so frustrated that he’s ready to give up, but he has an epiphany one day. He wonders, “If my geologists don’t know where the gold is, maybe somebody else does.” So he does a “radical” thing. He takes his geological data, he publishes it and he holds a contest on the Internet called the Goldcorp Challenge. It’s basically half a million dollars in prize money for anybody who could tell him if he has any gold and if so, where is it?

He got submissions from all around the world. They used techniques that he’d never heard of, and for his half a million dollars in prize money, Rob McEwen finds 3.4 billion dollars worth of gold. The market value of his company went from 90 million to 10 billion dollars.

He viewed talent differently. He should have fired his geology department, but he didn’t. Some of the best submissions didn’t come from geologists. They came from computer scientists, engineers. The winner was a computer graphics company that built a three dimensional model of the mine where you can helicopter underground and see where the gold is.

He helped us understand that social media’s becoming social production. It’s not about hooking up online. This is a new means of production in the making. And this Ideagora that he created, an open market, agora, for uniquely qualified minds, was part of a change, a profound change in the deep structure and architecture of our organizations, and how we sort of orchestrate capability to innovate, to create goods and services, to engage with the rest of the world, in terms of government, how we create public value. Openness is about collaboration.

Now secondly, openness is about transparency. This is different. Here, we’re talking about the communication of pertinent information to stakeholders of organizations: employees, customers, business partners, shareholders, and so on.

And everywhere, our institutions are becoming naked. People are all bent out of shape about WikiLeaks, but that’s just the tip of the iceberg. You see, people at their fingertips now, everybody, not just Julian Assange, have these powerful tools for finding out what’s going on, scrutinizing, informing others, and even organizing collective responses. Institutions are becoming naked, which means to have good value, because value is evidenced like never before.

Openness is also about sharing. Now this is different than transparency. Transparency is about the communication of information. Sharing is about giving up assets, intellectual property.

Now, conventional wisdom says, “Well, hey, our intellectual property belongs to us, and if someone tries to infringe it, we’re going to get out our lawyers and we’re going to sue them.” Well, it didn’t work so well for the record labels, did it? They had a technology disruption, and rather than taking a business model innovation to correspond to that, they took and sought a legal solution and the industry that brought you Elvis and the Beatles is now suing children and is in danger of collapse. So we need to think differently about intellectual property.

For example, the pharmaceutical industry is in deep trouble. First of all, there aren’t a lot of big inventions in the pipeline, and this is a big problem for human health, and the pharmaceutical industry has got a bigger problem, that they’re about to fall off something called the patent cliff. They’re going to lose 20 to 35 percent of their revenue in the next 12 months. We need to reinvent the whole model of scientific research. The pharmaceutical industry needs to place assets in a commons. They need to start sharing precompetitive research. They need to start sharing clinical trial data, and in doing so, create a rising tide that could lift all boats, not just for the industry but for humanity.

Now, the fourth meaning of openness, and corresponding principle, is about empowerment. Knowledge and intelligence is power, and as it becomes more distributed, there’s a concomitant distribution and decentralization and disaggregation of power that’s underway in the world today. The open world is bringing freedom.

The debate about the role of social media and social change has been settled. In the Tunisian revolution, the new media didn’t cause the revolution; it was caused by injustice. Social media didn’t create the revolution; it was created by a new generation of young people who wanted jobs and hope and who didn’t want to be treated as subjects anymore. But just as the Internet drops transaction and collaboration costs in business and government, it also drops the cost of dissent, of rebellion, and even insurrection in ways that people didn’t understand.

During the Tunisian revolution, snipers associated with the regime were killing unarmed students in the street. So the students would take their mobile devices, take a picture, triangulate the location, send that picture to friendly military units, who’d come in and take out the snipers. Is social media about hooking up online? For these kids, it was a military tool to defend unarmed people from murderers. It was a tool of self-defense.

Young people are being killed in Syria, and up until three months ago, if you were injured on the street, an ambulance would pick you up, take you to the hospital, you’d go in, say, with a broken leg, and you’d come out with a bullet in your head. So they created an alternative health care system, using Twitter and basic publicly available tools that when someone’s injured, a car would show up, it would pick them up, take them to a makeshift medical clinic, where you’d get medical treatment, as opposed to being executed. So this is a time of great change.

Now, it’s not without its problems. Up until two years ago, all revolutions in human history had a leadership, and when the old regime fell, the leadership and the organization would take power. Well, these wiki revolutions happen so fast they create a vacuum, and politics abhors a vacuum, and unsavory forces can fill that, typically the old regime, or extremists, or fundamentalist forces. You can see this playing out today in Egypt.

If you go back a few hundred years, society was very closed. It was agrarian, and the means of production and political system was called feudalism, and knowledge was concentrated in the church and the nobility. People didn’t know about things. There was no concept of progress. You were born, you lived your life and you died. But over time society opened up. People started to learn about things, and when they did, the institutions of feudal society appeared to be stalled, or frozen, or failing. It didn’t make sense for the church to be responsible for medicine when people had knowledge. Martin Luther called the printing press “God’s highest act of grace.” The creation of a corporation, science, the university, eventually the Industrial Revolution, and it was all good.

Once again the technology genie is out of the bottle, but this time it’s different. The printing press gave us access to the written word. The Internet enables each of us to be a producer. The printing press gave us access to recorded knowledge. The Internet gives us access, not just to information and knowledge, but to the intelligence contained in the crania of other people on a global basis.

This is not an information age, it’s an age of networked intelligence. It’s an age of vast promise, an age of collaboration, where the boundaries of our organizations are changing, of transparency, an age of sharing and understanding the new power of the commons, and it’s an age of empowerment and of freedom.

So bees come in swarms and fish come in schools. Starlings come in something called a murmuration, and the murmuration refers to the murmuring of the wings of the birds. At night they come together in a murmuration where they all flock together. Now, this thing has a function. It protects the birds. Predators get chased away by the collective power of the birds. There’s leadership, but there’s no one leader.

The murmuration functions to record a number of principles. This is a huge collaboration. It’s an openness, it’s a sharing of all kinds of information, not just about location and trajectory and danger and so on, but about food sources, there’s a real sense of interdependence, that the individual birds somehow understand that their interests are in the interest of the collective. Perhaps like we should understand that business can’t succeed in a world that’s failing.

What if we could connect ourselves in this world through a vast network of air and glass? Could we go beyond just sharing information and knowledge? Could we start to share our intelligence? Could we create some kind of collective intelligence that goes beyond an individual or a group or a team to create, perhaps, some kind of consciousness on a global basis? Well, if we could do this, we could attack some big problems in the world.

Maybe this smaller, networked, open world that our kids inherit might be a better one, and that this new age of networked intelligence could be an age of promise fulfilled and of peril unrequited.

This is a summary of a tedtalk.
Listen to the talk: http://www.ted.com/talks/don_tapscott_four_principles_for_the_open_world_1