You are here: Home / Economy / The Spanish education: Expensive and Inadequate 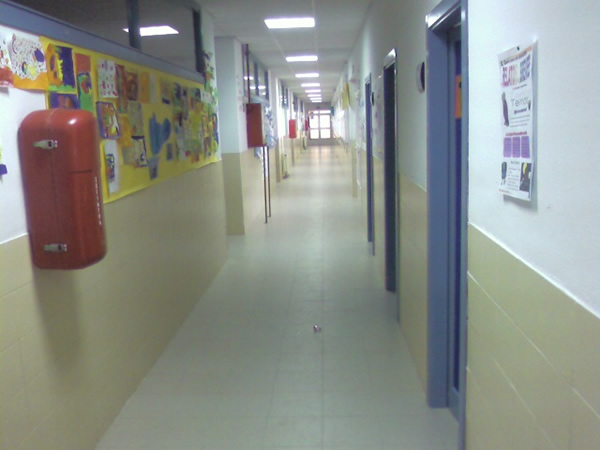 It is widely recognised and accepted that education is one of the best investments, if not the best, that the average person can make over the course of their life. Education enriches people’s lives both socially and as human beings, and facilitates their access to high-quality and highly-paid jobs. The provision of education, therefore, constitutes a core element within our social structure; a good education system is crucial to society’s ability to prosper and progress.

It is precisely because of this capital relevance that some of us believe that education should be completely provided within the free, competitive market (if not completely, then with some state aid of a subsidiary nature) that permits decentralized experimentation between diverse curricular and pedagogical models. This is exactly what I proposed in my last book, Una revolución liberal para España (only available in Spanish).

In reality, however, the teaching sector finds itself to a large extent provided and regulated by the state. Unfortunately, most people have assimilated that the central areas of our lives should be in the hands of the state, as though this would guarantee a superior or higher quality of accessibility: this is not so and, in fact, such collective self-deception is harmful to our prosperity, as evidenced by the recent OECD report, Panorama de la Educación (A Panorama of Education – Spanish report).

The first thing that can be deduced from the OECD’s report is that the Spanish system of education is expensive: public spending per student in 2011 exceeded both that of the OECD and the EU-21. In practice, the Spanish state spent $9,285 per student (in purchasing power parity), as opposed to the $8,952 of the OECD and the $8,909 of EU-21. Even worse, if we compare expenditure per student with per capita income, our country spends relatively more per student than Germany, Finland or France and practically matches the level of Switzerland.

The reasons for this educational overspending are varied: the student to teacher ratio is one of the lowest in the OECD (10.6 students to each teacher in the first stage of secondary education compared to 13.5 students to each teacher in the OECD, or 9.9 students to each teacher in the second stage of secondary education); the average number of students per classroom is also lower than the OECD and the EU-21 when we measure it by the number of groups that use them (13.3 in primary and 15.7 in secondary, compared with 15.6 and 17.8 in the OECD); children’s schooling is one of the highest in the world (30.7% for children up to two years old, compared with 3.8% in the OECD, 96.1% for children aged between 3 and 4, compared with 76.2% in the OECD); and Spanish teachers are among the most highly-paid in the OECD, both in absolute terms (initial payment in primary is $36,268 and is $40,767 in secondary, compared to $29,411 and $32,255 in the OECD) and in relative terms (the salaries of primary and secondary school teachers in Spain are 20% and 35% higher than those of workers with a similar level of education, while in the OECD they are 15% and 8% lower), despite their working hours (not teaching hours) being below the average of the OECD.

Public education is expensive, but is it good at least? Does it offer moderately acceptable results to those that enter into it? Not even.

Beyond human and moral training (which the system of education does not necessarily have to provide, but rather the family and the rest of society), it is clear that an education system should aim to produce employable (either self-employed or employed by others) and well-paid people.

Nothing changes when we measure, instead of employability, the wage premium of our students, in other words, the starting salary of a university graduate compared to a worker that has only just completed their secondary education. While the wage premium of the OECD and EU-21 is 59% (on average, a university graduate earns 59% more than those who have only completed secondary education), in Spain it is 41%, one of the lowest rates in the world.

In short, our expensive education system neither generates employable students (14% want to work and are unable to) nor highly productive students (the wage premium is one of the lowest in the OECD). One could argue in defence of our education system which, in relative terms, facilitates recruitment. In effect, the rate of unemployment among university graduates is 14%, but it is 22% for those who only have GCSEs, and it is 31% for those who have only completed primary education. It would seem then that studying does work and that the 14% university unemployment is linked more to the economic crisis than to the poor education received by our students.

However, we need to interpret these figures carefully. A university degree can facilitate employability in two ways: either because it provides the student with good training and the ability to generate prosperity that they could not have generated before (enhancing their human capital); or because it is a cheap mechanism to signal that a student is the formal, applied and disciplined type (improving their signalling capacity). Investment in education to improve human capital is completely justified; investment in signalling, however, is much more debatable: the more students employ a signal, the less relevant that signal becomes and the more necessary it will be to advance through educational stages that serve no purpose except to differentiate oneself from the rest of the students.

Firstly, for the wage premium: if the undergraduate is not paid much more than the person with GCSEs, the wealth-generating capacity of both will not differ so much. Secondly, because employability and the wage level appear to be more correlated with the degree of reading comprehension and mathematics (measured by the PIAAC) than with qualifications (in other words, the qualification seems to be used as a proxy to identify basic skills). Finally, because Spain is the country in Europe with the most overqualified undergraduates in relation to their jobs: 38%; a situation that illustrates that the qualification is not important for the education it provides (almost 40% do not need this education to do what they do), but as an initial screen in selecting staff to economise transaction costs for the employer.

An education system that socialises losses

Having gotten this far, the conclusion should be obvious: education in Spain is expensive and not very useful. Therefore, investment in education made by the public sector should be being ruinous. But strangely, the OECD has not arrived at this conclusion: the net present value (income minus costs discounted at present) of investment in education is positive both for the student and for the state. Thus, for example, the net earnings of a university undergraduate after completing their studies is $120,546 (the present value of the difference between the wage premium received thanks to the qualification and the costs incurred to get it), while the state receives a positive return of $28,735 from each university undergraduate (the present value of the difference between the extraordinary tax income received by university graduates and the costs of training them).

It would seem that, in spite of everything, state education remains a good deal for the Spanish, and for the state too. On the contrary, there is a catch to the figures that the OECD provides: they do not take failure in school into account. That is, the OECD only computes the gains from successful investments, omitting the losses of failed investments. It would be like a stock investor saying that he gets a return of 50% per annum, owing to the fact that one of his investments increases by 50%, while the rest suffer huge losses.

If we add school failure to the equation, the image changes drastically. The OECD itself refers to a recent report by Ángel de la Fuente and Juan Francisco Jimeno in which some depressing conclusions are reached: the average rate of return for the student for his years of schooling is only 5% per annum (in some autonomous regions, such as Andalusia, it is less than 3.5% per annum). That is almost the same as buying a government bond in normal times and twiddling your thumbs. Much worse, however, it is the return obtained by the public sector: each year in taxes, the State barely recovers 7.4% of the amount it invests in each student (i.e. it fails to recover 92.6%).

The Spanish contributors, therefore, see themselves as forced to finance an education system which is expensive and of poor quality: they carry the high costs of failing students on their shoulders (socialisation of losses), they barely contribute to increasing the wages of successful students (privatisation of profits) and, they bear the costs of disproportionately high salaries among teachers (bureaucratic capture). Thus, we are doomed to funding and state regulation of education: and the saddest thing is that we have assimilated this as an indispensable social achievement.

The OECD report should spur the consciousness of the Spaniards and spark serious thought about our model of education. I am not suggesting necessarily that we should be spending less on education or that there should be less people studying than there are at the moment. Do note that I started this article reiterating the central importance of education in our modern societies. My criticism is not directed towards investment in education but rather against the state control of that investment. We are currently spending a lot of money on education and very badly at that. I am not sure whether we should spend less (or more) but I do know that we should be spending much better. The way to spend better is to no longer be coerced into giving our money to bureaucrats who manage it for their own benefit, but rather to involve parents and students in their own education in an environment of competition and innovation of teaching models.

In other words, the best way to improve education is to privatise and liberalise it. It is not that we cannot improve the state education system (other countries in our vicinity have better public systems than ours): it’s that we will maximize our chances of success if all the incentives are aligned properly. That alignment is achieved by forcing the state to give back to society what it should never have been taking away: the freedom to manage it’s own education.