You are here: Home / Wrong thoughts about charity 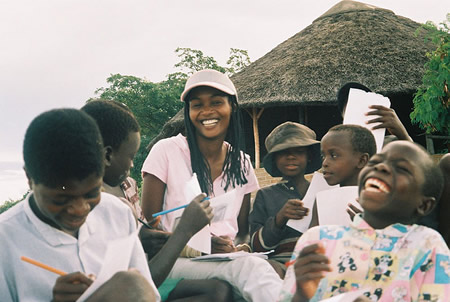 Dan Pallotta: The Way We Think About Charity Is Dead Wrong

The things we’ve been taught to think about charity and the nonprofit sector are actually undermining the causes we love and our profound yearning to change the world.

The more value you produce the more money you can make. However, we don’t like the nonprofit sector to use money to incentivise people to produce more. We have a visceral reaction to the idea that anyone would make very much money helping others although we don’t react this way to people making money not helping other people. For example if you want to make 50 million dollars selling violent video games to kids that’s fine, but if you want to make half a million trying to cure kids of malaria you’re considered a parasite yourself.

The profit sector spends an unbelievable amount of money on advertising, but we don’t like to see our donations spent on advertising in charity even though the money invested in advertising has the power to produce much more money and actually solve some of these social problems in the long term.

Charitable giving has remained stuck at two percent of GDP in the U.S since the 1970s. This shows that in 40 years the nonprofit sector has been unable to wrestle any market share away from the profit sector. This is unsurprising considering that consumer brands are allowed to advertise the benefits of their products but charities are not allowed to advertise all the good they do.

When you prohibit failure, you kill innovation. If Disney make a 200 million dollar movie that flops it doesn’t matter, but if a charity community fundraiser doesn’t produce a 75 percent profit within a year the charity is called into question. This is why nonprofits are reluctant to attempt anything brave; for the sake of their reputation. Without innovation, revenue won’t increase and charities can’t grow and actually solve large social problems.

Amazon went for six years without returning any profit to investors but people had patience and understood that there was a long-term objective down the line of building market dominance. If a nonprofit organisation ever had a dream of building a magnificent scale that meant no money goes to the needy for six years we would expect a crucifixion.

Why do we think this way? These ideas come from old Puritan beliefs. The Puritans were pious people but really aggressive capitalists- However, they were also taught to hate themselves and that self-interest was a sure path to eternal damnation. So charity became their answer: they could do penance for their profit making tendencies. Financial incentive was exiled from the realm of helping others and in 400 years nothing has intervened to say that’s counterproductive and unfair.

This ideology gets policed with a very dangerous question: “what percentage of my donation goes to the cause versus overhead?” There are a lot of problems with this question- Firstly it portrays overhead as a negative and not part of the cause when it is especially if it’s being used for growth. Secondly it forces organisations to go without the overhead and things they really need simply in the interest of “keeping overhead low”. It is not true that if charities spend as little as possible on overhead then they have more money available for the cause: investment in fundraising actually raises more finds and results in growth. We have confused morality with frugality. We’ve been taught that the bake sale with 5 percent overhead is morally superior to the professional fundraising enterprise with 40 percent overhead, but we’ve missed the point which is, what is the size of these endeavours? Say the bake sale netted 71 dollars and the fundraising enterprise netted 71 million dollars; which do we think would the needy prefer?

As already mentioned, charitable giving is 2 percent of GDP in the United States. That’s 300 billion dollars a year, but only 20 percent of that (60 billion dollars) goes to health and human services causes. The rest goes to religion, education and hospitals. 60 billion dollars is not nearly enough to tackle these problems but if we could move from two percent to three percent of GDP by investing in that growth that would be an extra 150 billion dollars a year, and if that money could go to health and human services charities because that’s where the growth was invested then that would represent a tripling of contributions to that sector. The potential for real change. Real change is never going to happen by forcing these organisations to lower their horizons to the demoralising objective of keeping their overhead low.

Our generation does not want its epitaph to read, “We kept charity overhead low.” We want it to read that we changed the world, and that part of the way we did that was by changing the way we think about these things. We want a real social innovation.

Listen to the talk: www.ted.com/talks/dan_pallotta_the_way_we_think_about_charity_is_dead_wrong