You are here: Home / The privilege of the bank 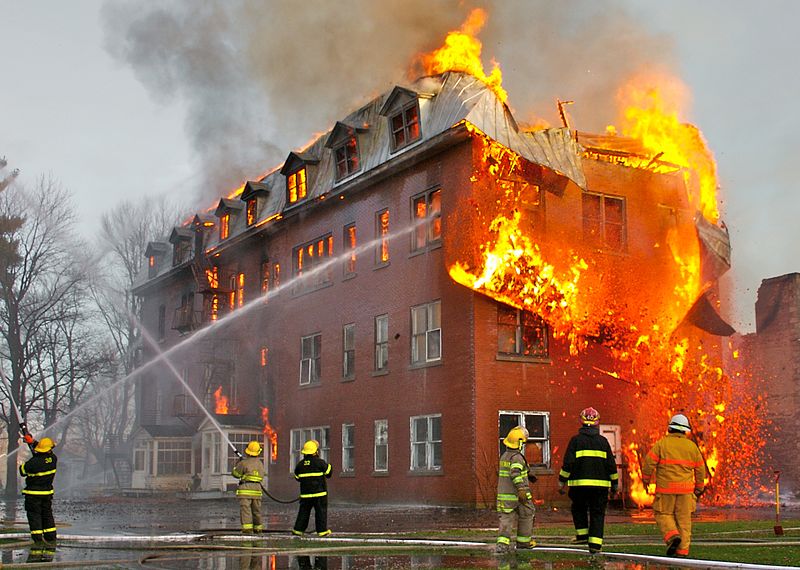 The issue of the way the banking system functions in general and the privilege commercial or private banks have particularly over other economic agents is a matter that hasn’t been given the broadcasting and publicity it deserves. The lack of interest governments have had in informing citizens as they ought to is unsurprising, as Henry Ford said, “It is well enough that the people of the nation do not understand our banking and monetary system, for if they did, I believe there would be a revolution before tomorrow morning.”

The purpose of this article is to provide the reader with this essential information and to try broadcast this issue of vital importance in a better way, as the crisis we’re all suffering is due, if not completely, in large part to the current banking system. Because in effect, all of the great economic crises of the 19th and 20th century and of course the current one have resulted from excessive credit growth due to payment promises, along with the speculation that this growth has provoked and therefore perpetuated.

For obvious practical reasons, I will explain as concisely as possible the most harmful aspects of the banking system.

For those who slander capitalism and the free market economy, I firstly would like to clarify that the central banks of each country, in our case the European Central Bank, or the FED in the USA, are part of the State and act as monopolists in the issuing of their respective currency, controlling in an artificial and arbitrary form it’s value and interest rate. Therefore, it would be incorrect to say that we are part of a completely free market economy without state intervention, when such a fundamental part of it, as is the case with the currency, is taken over by a regulatory body that calls itself “independent”of the market. Thus falling short of this free market notion.

It was precisely the artificial way in which interest rates drastically dropped, thanks to the FED and the Bush administration who facilitated bank credit to citizens, businesses and states, that resulted in them greatly indebting themselves and being incapable of paying back loans once the property market began to collapse. The rest is history and we now know the consequences.

However, what hits hardest is this; the commercial or private banks have the privilege by law (thanks to the coefficient of fractional reserve banking) to appropriate things that do not belong to them. The coefficient of fractional reserve banking, or the back up system that in the euro zone is currently in the 1%, although each bank has the ability to increase this minimum as they see fit for lack of liquidity in order to avoid bankruptcy, allows banks to “make money out of nothing”, as they are only obliged to keep in the safe 1% of what the saver deposits, be it liquid money (notes) or other documents of high liquidity in the form of demand deposits (this analysis does not include installment loans as in this case the ownership is given by the client to the bank as present money for future money along with a determined amount in the form of interest).

Why is it harmful to society?

The system works in the following way, a saver decides to deposit into a bank account (real savings) €1000 in the form of a demand deposit for the bank to look after, maintaining the absolute availability and ownership of the money as it is a current account. For their part, the bank as it is only obliged to maintain as reserve 1% of what they have custody of in their safe, can lend € 990 created from nothing (part fiduciary) to a third person with a certain interest rate therefore obtaining as an additional benefit and increasing the amount of money in circulation, not in notes, but as a means of exchange and as it is well known, money is the generally accepted form of exchange for all things.

Subsequently, the borrower of these €990 will use the money to buy something, of which the seller will likely deposit in the form of demand deposit into a bank which will then have another €980, with €10 to loan to a third person and therefore successively multiply the amount of money in circulation. This phenomenon is known as the credit expansion.

The problem obviously worsens when the opposite is produced, the credit crunch, in the form of huge withdrawals of funds by the client as it occurred recently in Argentina in the “corralito”. This happens when confidence is lost in the banking system and people begin to withdraw their funds. Without the coefficient of the fractional reserve system, banks wouldn’t be able to dispense enough physical notes to suffice such a high cash demand and would have to close.

Potential solutions could be:

1. Establish a free banking system without central banks, that’s to say, liberalise the money market, with rates of interest fixed by the market. This would involve privatizing the currency, and eliminating State intervention in it’s issue and control of it’s value, in turn revoking the regulation for legal tender that forces all citizens to accept, even against their will, the monetary unit issued by the State.

2. The suppression of money as a fiduciary method and the establishment of a reserve coefficient of 100%, returning to the gold standard or other monetary standards separate from the control of the State. Banks ought to be obliged to constantly maintain a backing equal to the total sum of all issued notes and open bank deposits.
They are now employing decentralising mechanisms, that are free and independent like in the case of the “bitcoins”.

These reforms would achieve:

1. Avoiding the bank crisis, as this is the result of the inherent lack of money when the majority of money that has been deposited into the bank is then used in the form of loans. If desired, in accordance with the traditional principles of the irregular deposit law, that whoever receives the money as a deposit must maintain at all times an equivalent to 100% of the received sum of money, and that the saver can withdraw at any given moment the amount deposited without being subject to any financial tension with corresponding banks.

2. Avoid the economic crises of a cyclical nature, although not all crises and economic recessions. As history reflects, the successive cycles of artifitial booms and economic recession have affected market economies since banks started to act with the coefficient of fractional reserve and especially when the central banks were created as last resort lenders to provide the system with the necessary liquidity in times of hardship. In effect, with a cash system of 100% it wouldn’t have been possible to produce an artifitial credit expansion without having previously verified a parallel growth of real and voluntary savings in society.

3. Encourage a stable and sustained economic growth. The proposed model would be rigid regarding growth in the amount of money in circulation.

4. Finish with financial speculation avoiding the known culture of “get rich quick” that this has undoubtedly fed and made possible thanks to the uncontrolled credit expansion of the financial system.

5. Democratise the system, as financial activities must be decided and discussed by representatives of the people, the politicians. The current monopoly system in the creation of money by public bodies and of the bank using the coefficient of fractional reserve, allows adquisitive capacity to be created out of nothing in favour of the State, determined individuals and businesses putting in jeapoardy the rest of society. The Administration fundamentally takes advantage of this possibility, using it as a mechanism to fund itself without having to go down the most transparent and politically expensive path to increase taxes.

I hope this has been of interest.