You are here: Home / Summary of “The Forbidden Education” 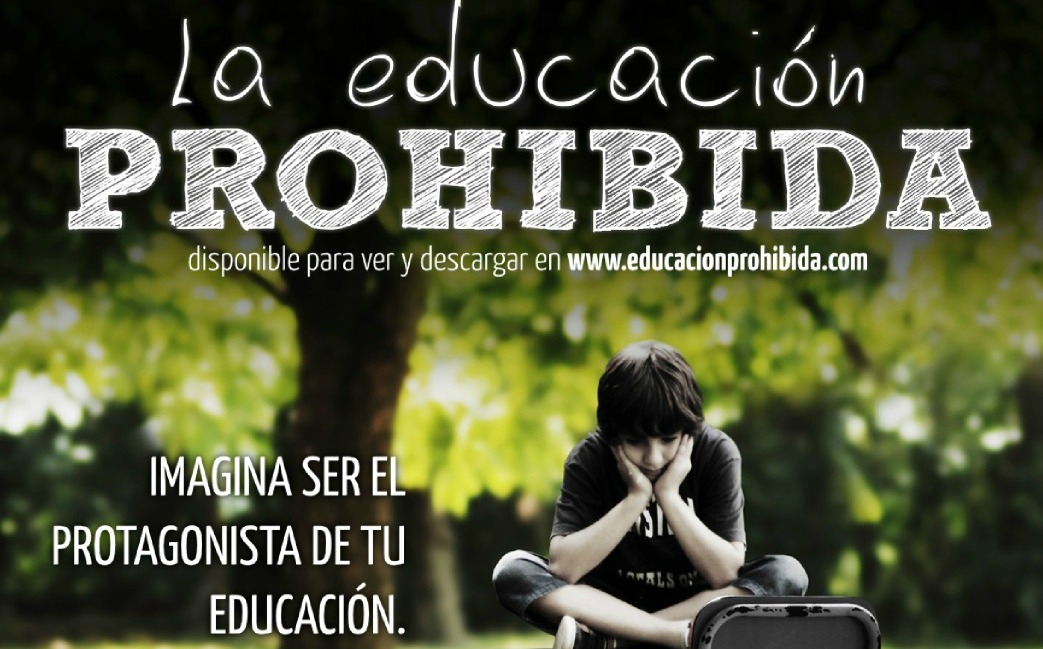 Summary of the video “The Forbidden Education” by Juan Tomás Alonso Nieto.
You can watch the video (in Spanish) at www.educacionprohibida.com. Go to “descargar” to download English subtitles.

We all know the importance of education. Over the years, we have tried everything to improve it to and to adapt it to a given temporal and cultural context. However, is this model of education the most appropriate for allowing children to develop and achieve a good quality of life?

It is this question that the documentary “The Forbidden Education” tries to answer. Through statements from teachers and professionals in favour of a new system of schooling and a film in which several high school pupils fight to change the current system, the documentary gives an overview of the history of education, its present and its future. It studies the weaknesses of the current education system and suggests new models.

The documentary begins by discussing the origins of the education system. The roots of education as it is currently understood (public, compulsory and free) can be traced back to Ancient Greece. However, it was not until the 18th century, amidst “enlightened despotism”, that the current education system emerged. This was the Prussian model, based on castes and classes, which sought to create obedient subjects prepared for war. Many aspects of current schooling were copied from this model, such as grades, exams, the system of sanctions and rewards, pupils being seen as mere numbers, etc. It is an education system where competition prevails, and it goes against human values. This model spread throughout the world under the flag of freedom, despite being rooted in despotism. Education began to be understood as a mechanical and administrative process, a place to create workers.

After this historical overview, the video focuses on the current system, which it defines as totally dehumanised and tending towards homogeneity. Its mission is seen as creating a series of identical children with the same knowledge. It is a selective and segregated system, choosing those children who will go to university and those who will have to be content with low job security.  It focuses on imparting general knowledge, the same for everyone, ignoring individual preferences. Moreover, it insists on strict and controlled education, where pupils most follow rules laid down in advance. This raises another question: what educational environment are we providing for our children?

The way in which children are taught does not motivate them to learn. The system makes the learning process fastidious and routine, and it has been proven that we forget everything we learn unless we learn it voluntarily. Furthermore, schooling is completely disconnected from reality: things are changing, but conventional pedagogy persists. The documentary explains that in the middle of the 20th century an attempt was made to change the education system, to make the learning process more autonomous, dynamic and free. However, this attempt was not successful.

The education system has insisted on organising learning even though it has been proven that it is not a linear process, since it is affected by a large number of factors such as the environment, personal situation, emotional state, etc. Moreover, there is a tendency to set pre-determined objectives that must be achieved within a certain time, i.e. the content covered in each subject in each year group, rather than allowing children to learn freely at their own pace. The current system prioritises results (passing an exam, going on to higher education, etc.), but the pupil’s real motivation should be how to get there; in other words, the learning process itself.

Other professionals believe that this model of education is based on the idea that children are empty vessels: they can be moulded, they are objects of study for society, etc. The ability to grow and learn is innate and does not require outside intervention, only a favourable environment. However, the current education system is based on teacher intervention in learning, imposing restrictions and punishing pupils when objectives are not met. This leads to fear and rejection of school. The documentary compares the education system with the behavioural approach of 1913, when experiments with animals were carried out to modify their behaviour through fear. For the teachers in this programme, ideally they would not have to motivate children; instead, the children themselves would choose what they wanted to study, what they were really interested in. The fear of teachers that freedom breeds indiscipline, disregarding the fact that imposing restrictions on pupils removes free will, is also discussed.

The video then turns to the figure of the teacher. Like pupils, they too are mere numbers in the system. Teachers are trained in the current system, in which the tendency is not to engage the pupils and to see their work as routine. Just as pupils must be free to develop, so must teachers. Teachers should convey their passion for their job and show pupils that they enjoy teaching.

Finally, the programme talks about the figure of parents. It says that they are the real protagonists in education and that the school system should connect with them. Many families have lost confidence in their ability to raise their children and leave this task to teachers, psychologists, etc. Here we see a separation between parent and child which is not conducive to education, since if a child does not feel secure and happy at home, they will find it diffcult to learn and progress.

After interviewing various professionals, the documentary explains that there are many current projects on free and autonomous education. These alternatives distance themselves from state education and fight for all that has been said previously. Their aim is to create an environment where pupils are on the same level as the teacher; where children are not separated according to age, but each pupil progresses at their own pace; where holistic education is paramount. In other words, education is not divided into different subjects; individual emotions, preferences, suggestions and interests are valued; and self-discipline prevails.

The conclusion reached by the documentary is that there is no perfect recipe for education, nor is there such a thing as a perfect school. The most important thing is to adapt pedagogy to different cultural and historical contexts and to create a society in which different types of education coexist (conventional education, free education, home schooling, etc.) so that each individual can choose which path to follow. These new aspects of education need to come to the fore and be debated. Finally, it is clear that the basis for a good education is respect, freedom and love, and that we need a “pro-life” education system.