You are here: Home / The art of asking: Amanda Palmer 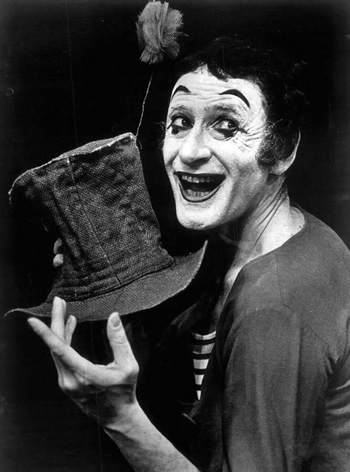 I didn’t always make my living from music. After graduating from an upstanding liberal arts university my day job was being a self-employed living statue called the 8-Foot Bride. I painted myself white one day, stood on a box, put a hat or a can at my feet and when someone came by and dropped in money I handed them a flower and some intense eye contact. If they didn’t take the flower, I threw them a gesture of sadness and longing as they walked away.

This way I had some really profound encounters with people, especially lonely people who looked like they hadn’t talked to anyone in weeks. We would share this beautiful moment of prolonged eye contact and fall in love a little bit. My eyes would say, “thank you, I see you.” Their eyes would say, “Nobody ever sees me, thank you.”

Sometimes people would harass me and tell me to get a job, which hurt because it was my job. I was worried I was somehow doing something unfair and shameful. However, I had no idea how perfect a real education I was getting for the music business doing this.

Meanwhile, I was touring locally and playing shows with my band, the Dresden Dolls. Eventually we started making enough money that I could quit being a statue, but I didn’t want to lose this sense of direct connection with people because I loved it. After all our shows we signed autographs and hung out with fans and made an art out of asking people to help us. I would track down local musicians and artists and they would set up outside our show and pass the hat and also join us on stage. So we always had weird, random guests.

When Twitter came along, everything became more magic because I could instantly ask for anything, anywhere. I asked for a piano in London and hours later was at a fan’s house, people would bring us home-made food to eat all over the world. I love this kind of random closeness, which is lucky, because I do a lot of couchsurfing. From mansions where we all get our own room to punk squats where everyone is on the floor.

We once stayed with a girl in Miami whose family were all undocumented immigrants from Honduras and they all took the couches so we can take their beds. I lay there wondering whether this is fair, as these people had so little. In the morning her mother said to me in broken English, “your music has helped my daughter so much. Thank you for staying here. We’re all so grateful. ·” Then I realised, this is fair.

So I couchsurf a lot. I also crowdsurf a lot. I maintain that couchsurfing and crowdsurfing are basically the same thing. You fall into the audience and trust each other.

Our record label was critical when our record sold 25,000 saying it’s not enough. Around this time lots of people at shows would give me $10 and say “sorry I burned your CD from a friend but I know you hate your label and I just wanted you to have this money.”

I decided to give away my music for free whenever possible, encouraging torrenting, downloading and sharing but asking for help in return, like I saw it work on the street. I fought my way off the record label and for my new band Grand Theft Orchestra, I turned to crowdsurfing and I fell into those thousands of connections I’d made and asked me crowd to catch me. The goal was 100,000 dollars. My fans backed me at nearly 1.2 million, which was the biggest music crowdfunding project to date.

The media asked me, “Amanda, the music business is tanking and you encourage piracy. How did you make all these people pay for music?” The answer is, I didn’t make them, I asked them. Through the very act of asking people, I connected with them, and when you connect with someone, they want to help you.

I’ve been criticised since, saying I’m not allowed to do this anymore by people who can’t see the exchange that is happening between me and my crowd, an exchange that is very fair to us but alien to them. What I did was an unpredictable risk. I don’t see it as risk though, I see it as trust. We need to face each other and give and receive fearlessly.

My music career has been spent trying to encounter people in the Internet the way I could on the box, so blogging and tweeting not just about tour dates and my new video but about our work and our art and our fears and our hangovers, our mistakes and we can see each other. I think that when we really see each other, we want to help each other.

Listen to the talk: www.ted.com/talks/amanda_palmer_the_art_of_asking