You are here: Home / PerMondo has a Spring in its Step after Easter 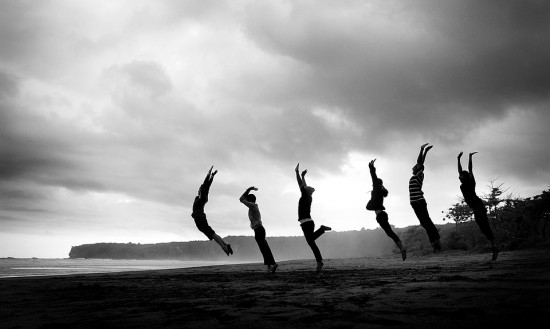 Easter certainly seems to have left everyone at PerMondo feeling rejuvenated, as we’ve completed an enormous number of projects this week and welcomed a few new NGOs into our ranks. As always, we’ll start by introducing these new organisations, before looking at our ongoing projects and thanking our volunteers for their collaboration.

The first new organisation to make the most of our services this week was the Biopolitics International Organisation. This Athens-based NGO was founded in 1985 and aims to promote international environmental cooperation and education in the fields of climate change and environmental abuse. We were approached by this NGO to translate two texts (1590 words) from English into German and Italian. We look forward to delivering our translations in April.

The other organisation to approach us for the first time was the European Childhood Obesity Group, an NGO which brings together a large amount of specialists from across Europe to tackle obesity and overweight in children. The prospect of this project could, in itself, be described as “obese”: the translation of an eBook created by the foundation. For now, we’ve been asked to translate the first few chapters of the book and have been set a deadline for April – we’ll keep you posted on our progress!

We’ve also been approached once again by some old friends: SeriousFun Children’s Network has asked us to translate a PowerPoint (5105 words) from French into English; Coordination SUD & International Forum of National NGO Platforms have given us a 5627-word report to translate from French into English and Spanish; and we’re currently translating a 3650-word document for our friends at the World Movement of Christian Workers. We look forward to providing the NGOs with our translations very soon and, as always, we’ll keep you informed on our progress.

We may have taken on a lot of new translation projects this week, but we’ve actually delivered even more…

We managed to wrap up a huge project for On Purpose: the translation of 82 documents with a total of 21,362 words from English into German. The diligent translator for this task was Milena Bott, and her translations were proofread by Verena Müller.

Another huge project of 38,514 words was also completed for the Research Institute for Waldorf Education. Sonia Ordóñez translated the documents from English into Spanish, and the proofreader was Carolina Bermejo.

We also delivered large translations to CIAI. They had asked us to translate one 7063-word document from Italian into French and Spanish, and another 9015-word document from English into French and Spanish. The translators on this project were Mar Garcimartín, Magali Vidrequin, Aurora Sinprieto and Mamadou Dramé. The proofreaders were Marisol Rodriguez, Barbara Pissane, Ana Rubio Ruiz and Pauline Junca. We owe a big thank-you to everyone involved!

Our project with the Internationale Giuseppe Verdi Stiftung was completed this week, where we translated a total of 3242 words from German into English and Italian. We’re grateful to Amy Hillam, Katie Roskams, Tatiana Zavanelli and Alessio Di Rubbo for their translations, and to Barbara Granato and Thomas McGuinn for proofreading their work.

Entreculturas also received translations from us this week, as we translated three articles with a total of 4348 words from English into Spanish. The translators who worked on this task were Lara Pedraz, Marta Lorenzo Carballo and Luisa Blake, and the proofreaders were Solange Maidana, Francisco Javier Carrasco Escobar and Carolina Bermejo.

Before taking on the new assignment for the World Movement of Christian Workers, we’d already delivered them another set of translations from French into English (4862 words). We were helped out on this task by John Ryan-Mills, Alex Gardiner and Hannah Slater (translators), and Thomas McGuinn (proofreader).

Finally, we managed to provide a quick translation of a 957-word article for Unión Romaní from Spanish into English with the help of Thomas McGuinn who translated the article.

That brings to a close another action-packed week at PerMondo, full of energy and springtime vigour. We’re extremely grateful for all of our volunteers’ contributions and look forward to seeing our translations published very soon, as well as to providing even more of our work to deserving NGOs.

Check out our blog every week to keep track of the projects that we are working on! It’s also a great way to find out whether we have any translation assignments that you could help us out with!

Want to spread the love? Below you can share this with anyone you think will be interested.