You are here: Home / Philip Evans: How data will transform business 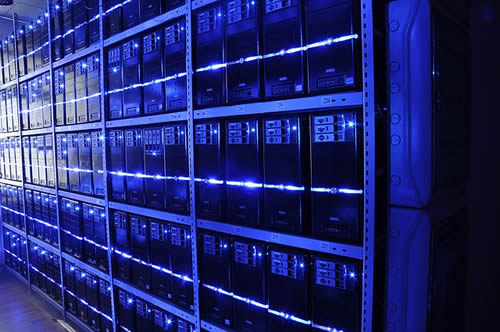 Listen to the talk: http://www.ted.com/talks/philip_evans_how_data_will_transform_business

The idea of strategy in business owes its origins to two intellectual giants: Bruce Henderson, the founder of BCG, and Michael Porter, professor at the Harvard Business School. Henderson’s central idea was what you might call the Napoleonic idea of concentrating mass against weakness, of overwhelming the enemy. What Henderson recognized was that, in the business world, there are many phenomena which are characterized by what economists would call increasing returns — scale, experience. The more you do of something, disproportionately the better you get. And therefore he found a logic for investing in such kinds of overwhelming mass in order to achieve competitive advantage. And that was the first introduction of essentially a military concept of strategy into the business world.

Porter agreed with that premise, but he qualified it. He pointed out, correctly, that businesses actually have multiple steps to them. They have different components, and each of those components might be driven by a different kind of strategy. A company or a business might actually be advantaged in some activities but disadvantaged in others. He formed the concept of the value chain, essentially the sequence of steps with which a raw material becomes a component, becomes assembled into a finished product, and then is distributed, for example, and he argued that advantage accrued to each of those components, and that the advantage of the whole was in some sense the sum or the average of that of its parts.

This idea of the value chain was predicated on the recognition that what holds a business together is transaction costs, that in essence you need to coordinate, organizations are more efficient at coordination than markets, very often, and therefore the nature and role and boundaries of the cooperation are defined by transaction costs. It was on those two ideas, Henderson’s idea of increasing returns to scale and experience, and Porter’s idea of the value chain, encompassing heterogenous elements, that the whole edifice of business strategy was subsequently erected.

Those premises are, in fact, being invalidated. First of all, let’s think about transaction costs. There are really two components to transaction costs. One is about processing information, and the other is about communication. These are the economics of processing and communicating as they have evolved over a long period of time. As we all know from so many contexts, they have been radically transformed since the days when Porter and Henderson first formulated their theories.

In particular, since the mid-’90s, communications costs have actually been falling even faster than transaction costs, which is why communication, the Internet, has exploded in such a dramatic fashion. Now, those falling transaction costs have profound consequences, because if transaction costs are the glue that hold value chains together, and they are falling, there is less to economize on. There is less need for vertically integrated organization, and value chains at least can break up. It then becomes possible for a competitor in one business to use their position in one step of the value chain in order to penetrate or attack or disintermediate the competitor in another.

It became a set of conversations, the era in which user-generated content and social networks became the dominant phenomenon. It turned out that tens of thousands of autonomous individuals writing an encyclopedia could do just as good a job, and certainly a much cheaper job, than professionals in a hierarchical organization. So basically what was happening was that one layer of this value chain was becoming fragmented, as individuals could take over where organizations were no longer needed.

If we go back to around 2000, a lot of people were talking about the information revolution, and it was indeed true that the world’s stock of data was growing quite fast. We go forward to 2007, not only had the world’s stock of data exploded, but there’d been this massive substitution of digital for analog. Importantly, about half of that digital data is information that has an IP address. It’s on a server or it’s on a PC But having an IP address means that it can be connected to any other data that has an IP address. It becomes possible to put together half of the world’s knowledge in order to see patterns, an entirely new thing.

We’re not really sure. If we run the numbers forward to 2020, we of course have an exact number, courtesy of IDC. Now, if the number of connections that we can make is proportional to the number of pairs of data points, a hundredfold multiplication in the quantity of data is a ten-thousandfold multiplication in the number of patterns that we can see in that data, this just in the last 10 or 11 years. This is a sea change, a profound change in the economics of the world that we live in.

The first human genome, that of James Watson, was mapped as the culmination of the Human Genome Project in the year 2000, and it took about 200 million dollars and about 10 years of work to map just one person’s genomic makeup. Since then, the costs of mapping the genome have come down. In fact, they’ve come down in recent years very dramatically indeed, to the point where the cost is now below 1,000 dollars, and it’s confidently predicted that by the year 2015 it will be below 100 dollars — a five or six order of magnitude drop in the cost of genomic mapping in just a 15-year period, an extraordinary phenomenon. Now, in the days when mapping a genome cost millions it was basically a research enterprise. But when the genome can be mapped for 100 bucks, 99 dollars while you wait, then what happens is, it becomes retail. It becomes above all clinical. You go the doctor with a cold, and if he or she hasn’t done it already, the first thing they do is map your genome, at which point what they’re now doing is not starting from some abstract knowledge of genomic medicine and trying to work out how it applies to you, but they’re starting from your particular genome.

Now think of the power of that. Think of where that takes us when we can combine genomic data with clinical data with data about drug interactions with the kind of ambient data that devices like our phone and medical sensors will increasingly be collecting. Think what happens when we collect all of that data and we can put it together in order to find patterns we wouldn’t see before. This will drive a revolution in medicine.

But there’s one thing that doesn’t get much attention. How is that model of colossal sharing across all of those kinds of databases compatible with the business models of institutions and organizations and corporations that are involved in this business today? If your business is based on proprietary data, if your competitive advantage is defined by your data, how is that company or is that society in fact going to achieve the value that’s implicit in the technology? They can’t.

So essentially what’s happening here, and genomics is merely one example of this, is that technology is driving the natural scaling of the activity beyond the institutional boundaries within which we have been used to thinking about it, and in particular beyond the institutional boundaries in terms of which business strategy as a discipline is formulated. The basic story here is that what used to be vertically integrated, oligopolistic competition among essentially similar kinds of competitors is evolving, by one means or another, from a vertical structure to a horizontal one.

Why is that happening? It’s happening because transaction costs are plummeting and because scale is polarizing. The plummeting of transaction costs weakens the glue that holds value chains together, and allows them to separate. The polarization of scale economies towards the very small allows for scalable communities to substitute for conventional corporate production. The scaling in the opposite direction, towards things like big data, drive the structure of business towards the creation of new kinds of institutions that can achieve that scale.

What we are driven to is this horizontalization of the structure of industries, and that implies fundamental changes in how we think about strategy. It means that we need to think about strategy as the curation of these kinds of horizontal structure, where things like business definition and even industry definition are actually the outcomes of strategy, not something that the strategy presupposes. It means we need to work out how to accommodate collaboration and competition simultaneously.

Think about the genome. We need to accommodate the very large and the very small simultaneously. And we need industry structures that will accommodate very, very different motivations, from the amateur motivations of people in communities to maybe the social motivations of infrastructure built by governments, or, for that matter, cooperative institutions built by companies that are otherwise competing, because that is the only way that they can get to scale.

These kinds of transformations render the traditional premises of business strategy obsolete. They drive us into a completely new world. They require us, whether we are in the public sector or the private sector, to think very fundamentally differently about the structure of business, and, at last, it makes strategy interesting again.