You are here: Home / PerMondo has a Week of Happy Hellos and Not-so-good Goodbyes 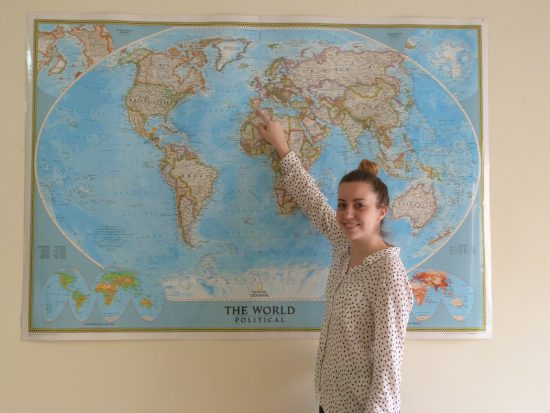 We promised you last time that we would have a lot to tell you next time we sharpened our pencils and took to the blogosphere. And we certainly weren’t fibbing!

It’s been another busy week at PerMondo, and one in which we’ve said hello to a few new NGO faces and said goodbye to a precious intern. Well, what are we waiting for? Let’s crack on with it…

The first new NGO that we’d like to present to you is Asociación Mujeres Opañel, a Spanish-based organisation which fights for the well-being of women and their children who are often the victims of domestic violence. Great emphasis is put on socially vulnerable women, as the foundations aims to empower them and drive them towards a more independent future.

As AMO welcomes women from a diverse range of backgrounds, they need us to translate 6 documents, 2700 words in total, from Spanish into Arabic, French and Romanian. We’re pleased to say that we’ve already found translators and proofreaders for French and Romanian. However, we’re still on the lookout for volunteers who could help us out with the translations into Arabic. So, if you would like to help us out with this, or you know someone who might like to, don’t hesitate to get in touch with info@mondo-lingua.org.

The other new NGO that we’ve welcomed into our ranks is the Colombian Corporación ECOFONDO, which aims to bring together environmental organisations from across the region to strive for greater environmental protection and social mobilisation. We’re currently looking forward to a long-term collaboration with this organisation, and they’ve started off by giving us 3399 words to translate from Spanish into American English. If you’d like to help us out on this project, just drop us a line!

Elsewhere, we’ve started two new projects with the World Movement of Christian Workers: Both projects involve the translation of several texts from Spanish, French and Portuguese into English and German, amongst other languages. We look forward to delivering these many translations in the coming months.

What’s more, our friends at Coordination SUD and the IFP have given us a 2324-word document to translate from French into English and Spanish. We’re pleased to say that we’ve already completed the Spanish translation and look forward to receiving the English one in early May.

We’re looking forward to providing Entreculturas with another translation next week, after they gave us a 1052-word document to translate from Spanish into English.

And finally, we’re pleased to announce that we’re continuing our collaboration with the European Childhood Obesity Group. As part of the e-book project that we mentioned in a previous article, we’ve been given some further meaty chapters to translate from English in to Spanish and Portuguese (13,430 words).

Our new project with ECOG came about after we delivered our first set of translations to them this week. 10,934 words were translated from English into Spanish by María del Sol Hueso Cardeña and Alba Cobos, whose translations were kindly proofread by Yenifer Martinez and Carolina Bermejo. The translations into Portuguese were carried out by Heitor Katlauskas Muraro and Dereck Alexandre, and proofread by Paulo Paz.

Our latest project with SeriousFun Children’s Network was also wrapped up this week, after Jessica Livesey and Catharine Parravani translated a total of 5109 words from French into English for the organisation, and Thomas McGuinn proofread their work.

We also managed to bring our first ever collaboration with Biopolitics International Organisation to a close this week. 1590 words were translated from English into German and Italian by Patricia Bobak and Debora Bassi, whose translations were proofread by Simone Gruhl and Monica Zanetti respectively.

We’re also very grateful to Laura Garrido Sánchez and Carolina Bermejo for translating and proofreading some material for our website – thanks guys!

As well as taking on new projects for the WMCW, we also provided them with even more translations this week: 3650 words were translated from French to Spanish by Ariatna Ríos Trejo and Héctor Pérez Pinto and our resident intern, Carolina Bermejo – who we’re very sad to say goodbye to this week – helped us out once again by proofreading the texts.

We’d also like to say thank-you to Susana Lucas Céspedes for translating 1500 words for Entreculturas, who are very happy with their translation.

Our previous project with Coordination SUD and the IFP was successfully wrapped up this week. They had required us to translate 11,254 words from French into English and Spanish, a project in which we were kindly helped by Brigitte Kynast, Teresa de Dios, Laura Streather, Katherine Selby and Thomas McGuinn.

The final translation project that we managed to complete this week was for Expédition MED. 130 words were kindly translated from French to Spanish by Mercedes Martínez Fernández and Mrs. Bermejo rounded off her excellent stay at PerMondo with yet another proofreading.

We’d like to once again give a big thank-you to everyone who has helped us out this week – you’re all superstars! But we’d like to give a special thanks to Carolina Bermejo, who in the last three months has provided all of us with countless translations, proofreadings and articles of her own. We really appreciate everything you’ve done to help and wish you all the best with your translation-trumpet career in the future!

Please remember to get in touch if you would like to help us out on any of the projects listed above. Until then, have a great week!

Want to spread the love? Below you can share this with anyone you think will be interested.